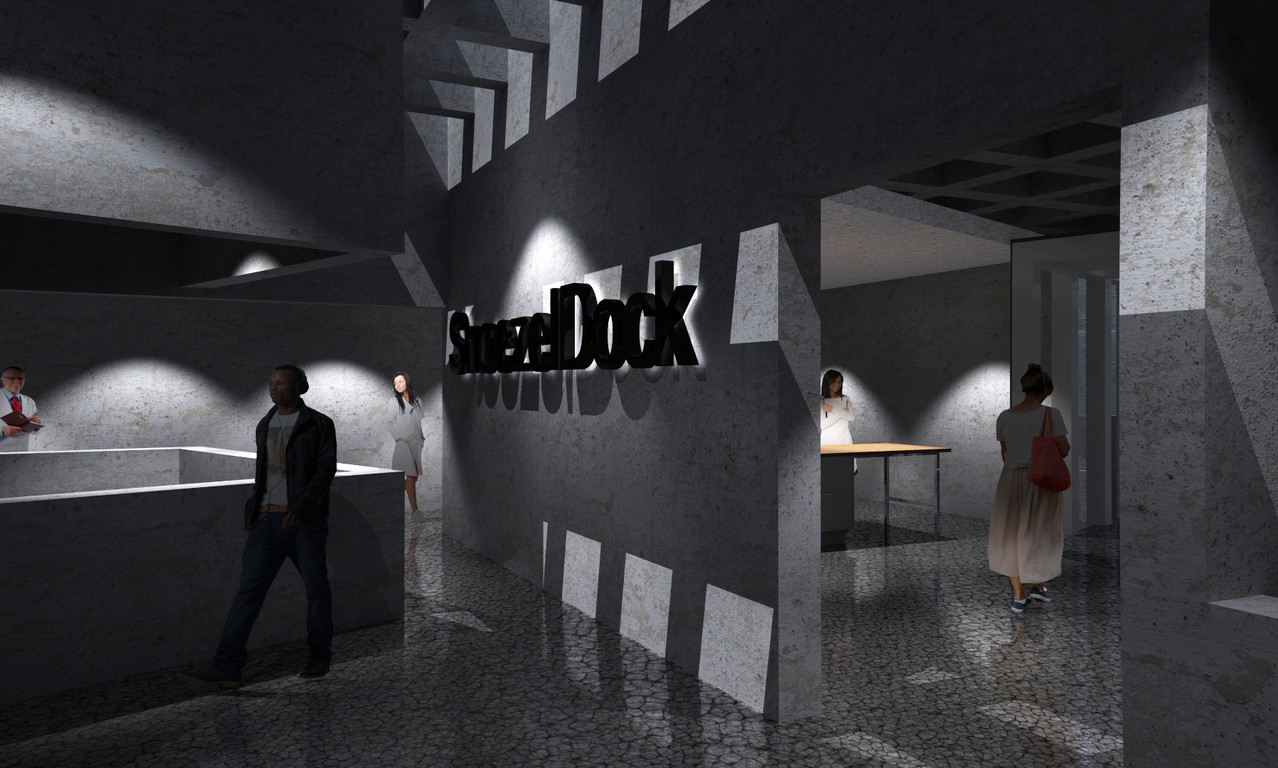 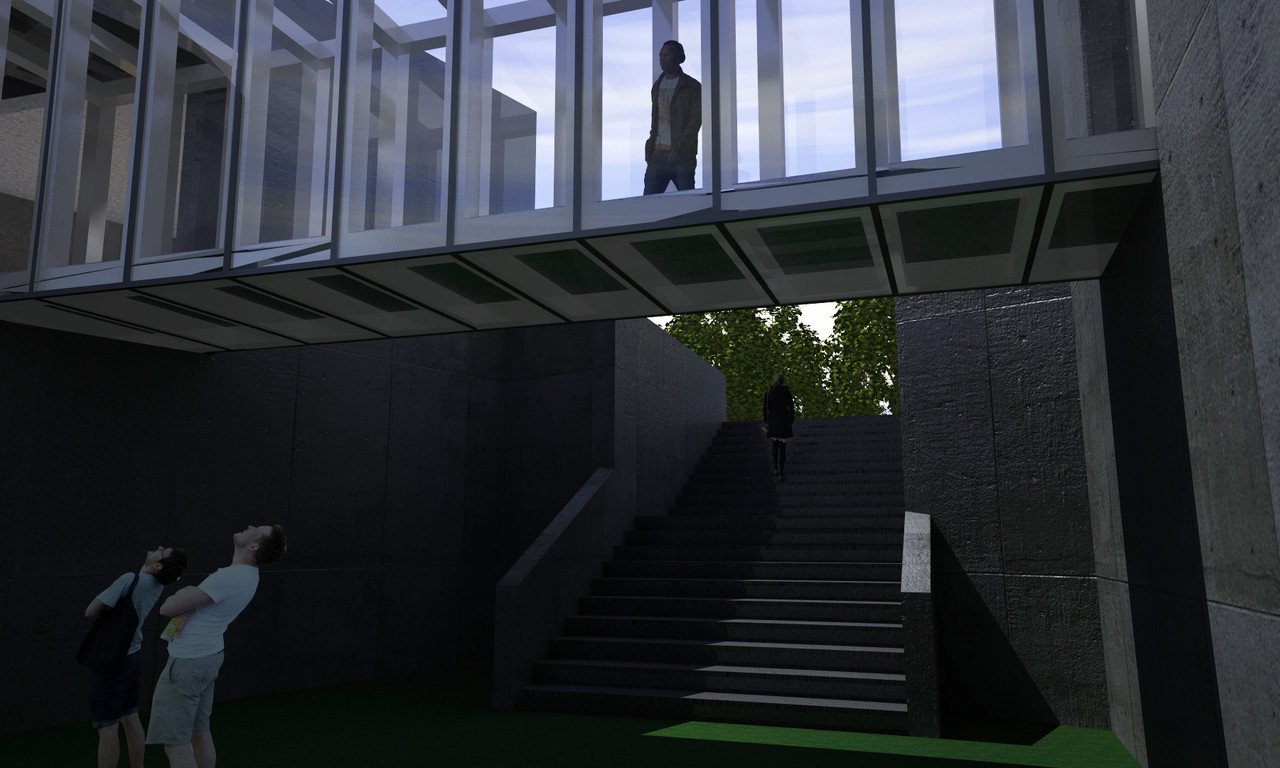 My graduation project SnoezelDock is a result from the essay I wrote called ‘The virtual Ice Age’. After completion of the essay, my findings were that the contemporary human disconnects with the actual public realm.

The contemporary human is making more and more contact with a virtual (public) realm, the consequence being that humans alienate themselves from the actual public realm, or even from reality.

I’ve been looking for examples of humans who alienate from their environment. I was driven towards people who, without a choice, are alienated from their environment by a disease or condition, like people with severe mental illness or dementia. A hard comparison, but with a few identical symptoms.

Because these people have a hard time keeping in touch with reality, the health care institute developed a way to get in contact with the patient. This treatment is about the primary activation by selective tingling of the senses. By activating smell, taste, sight, touch or hearing the patient feels inner peace. With repeating this therapy the caregiver can gain mutual trust and a close bond with the patient. There arises contact by basal stimulation, also known as ‘Snoezelen’.

The concept for my graduation project became Snoezelen. Let people feel human again and prevent alienation from reality. A sanatorium where people can be healed from alienation. Back to the basics of being human by primary activation or basal stimulation.

Where is this building placed? It should be placed in an area where the surroundings will be transformed from a real environment to a place which is prepared for alienated people. A transformation of an area without a lot of rules, which is then transformed into an area with a lot of rules which prevents resistance. People can move around without watching. Around the banks of the river IJ, that would be the Danzigekade at the Houthavens. This is where SnoezelDock will be situated. 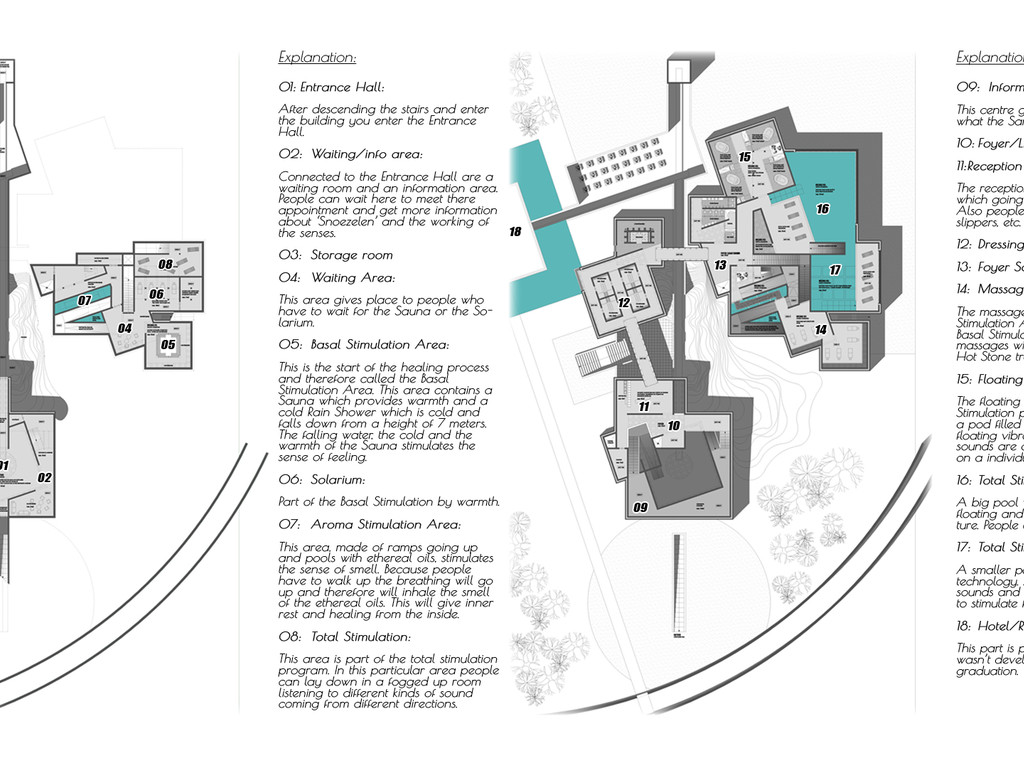 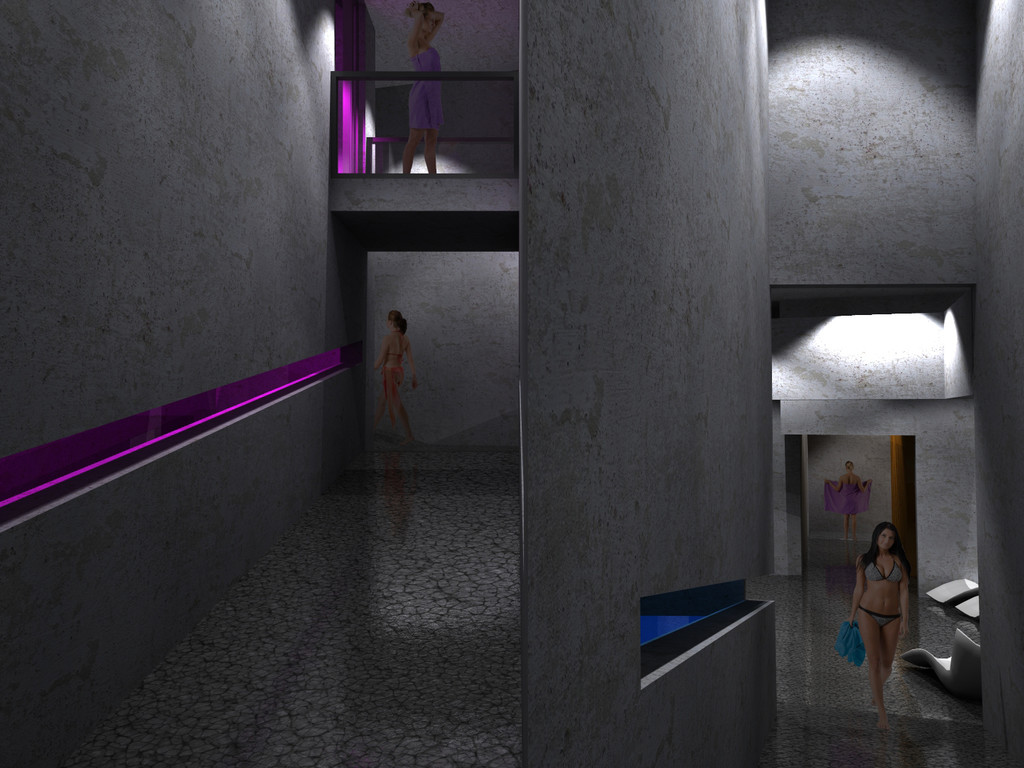 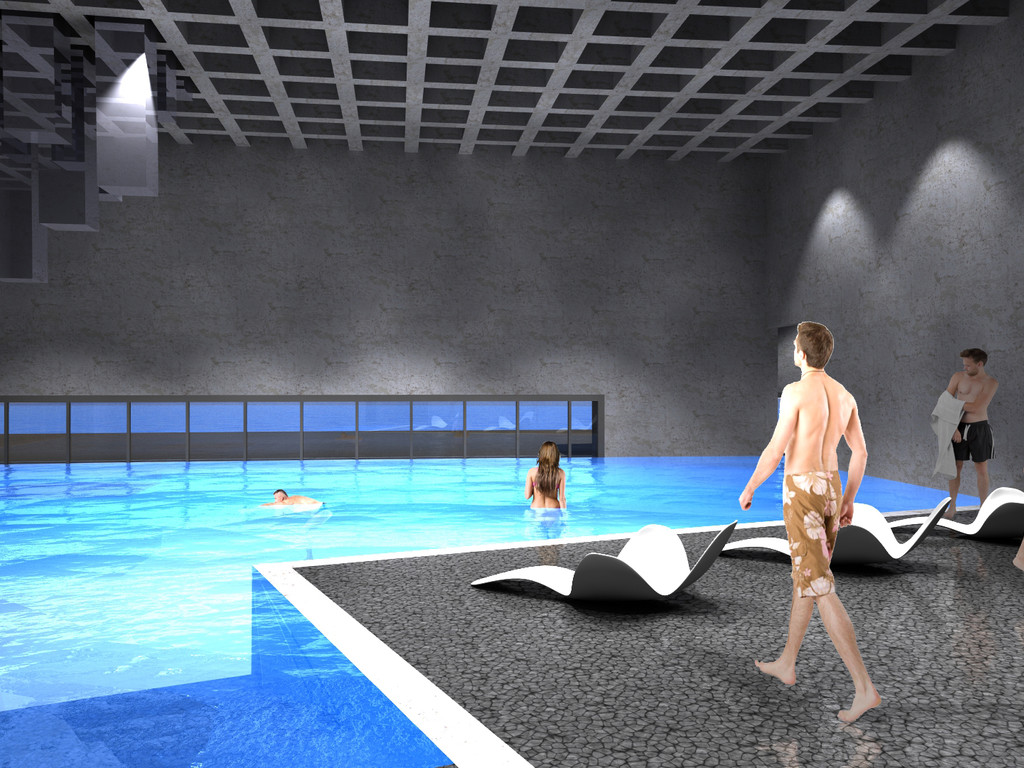