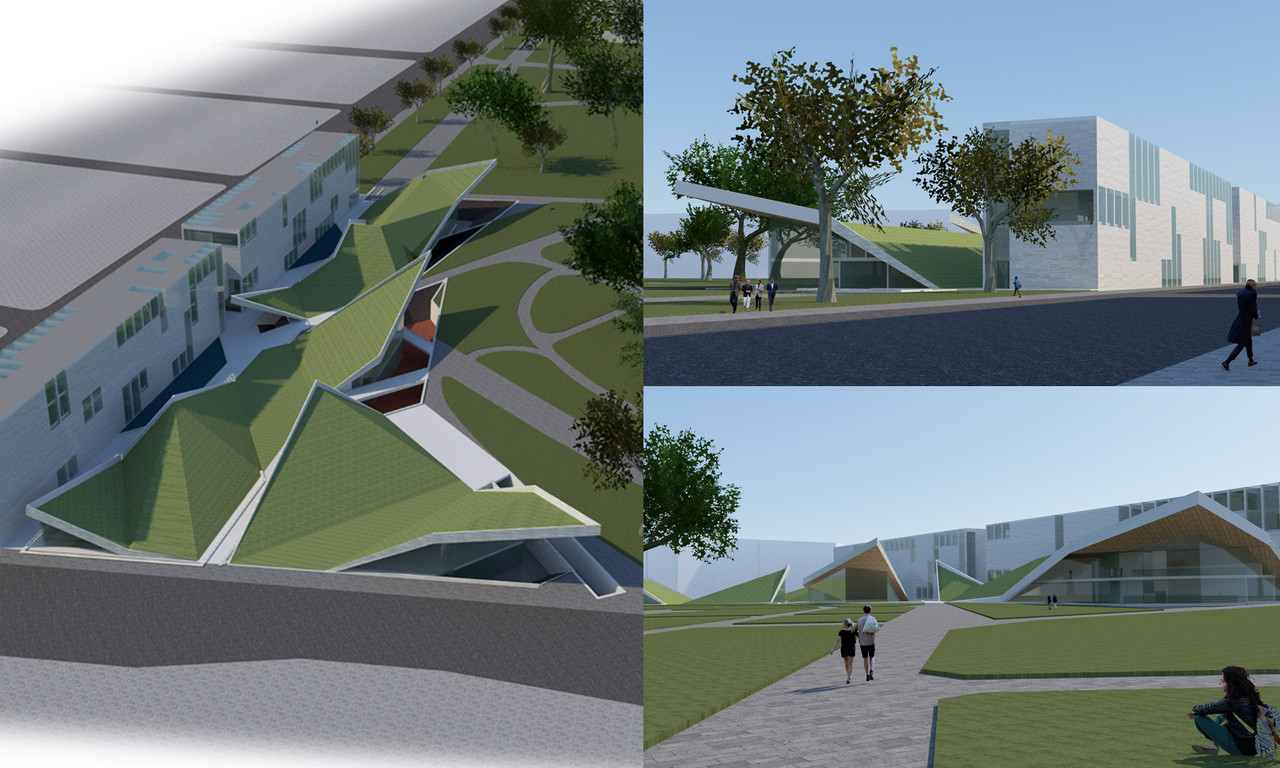 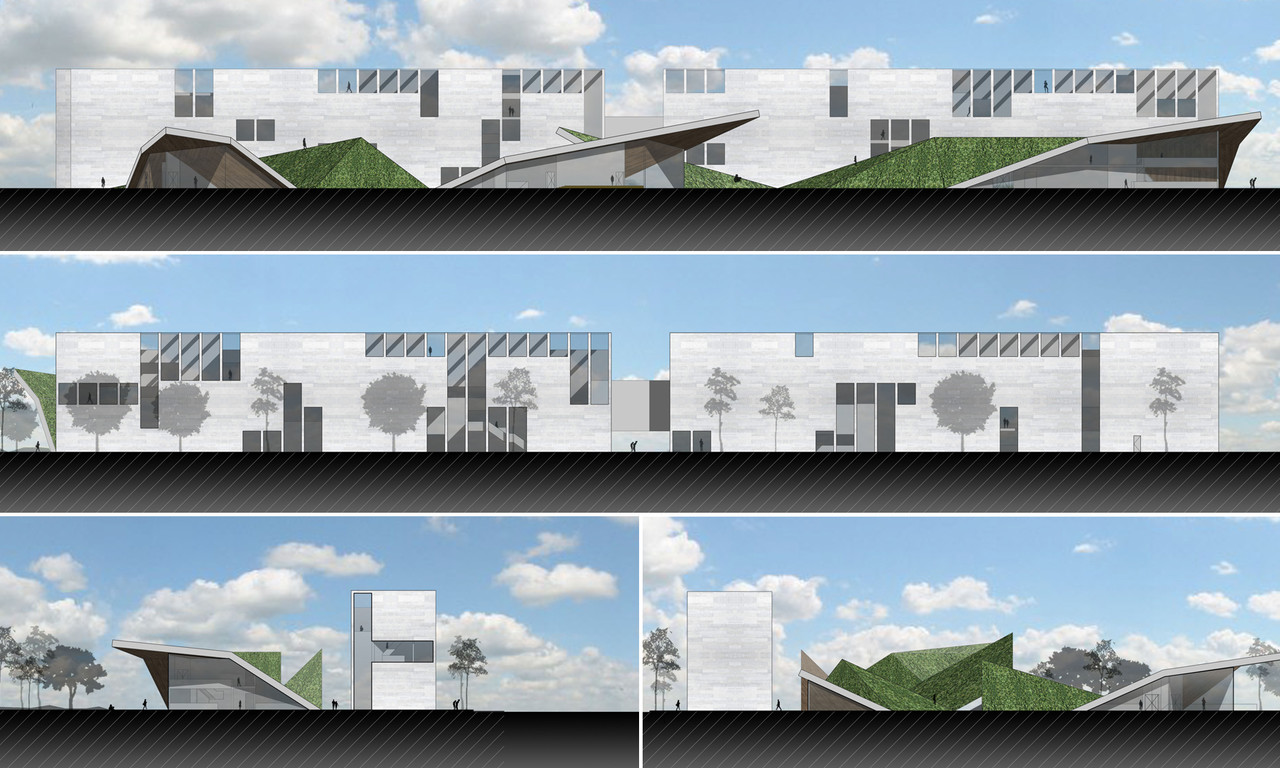 In 2014, the Hungarian state announced an open and international two-stage design competition to design new museum buildings. It was to be within the framework of the Liget Budapest Project in the territory of the City Park Budapest and between a choice of five museums.

In collaboration with Arjen Tuinman, we chose to enroll the design for the Museum of Ethnography.
The museum will hold everything related to the systematic studies of people and cultures.

To achieve this we wanted a gradual transition between the park and the building, so we designed a section of the building that incorporates the park. The park area also provides intimate spaces which still lay on the existing routes of the park. These spaces then become study areas which can be seen from the museum buildings.

The second part of the building will then fit in the edge structure, the surrounding buildings of the park. This rigid, but playful part of the museum provides space for the exposition, which stays in contact with the park. Thus learning the exposition and directly applying the knowledge by viewing the contemporary people. 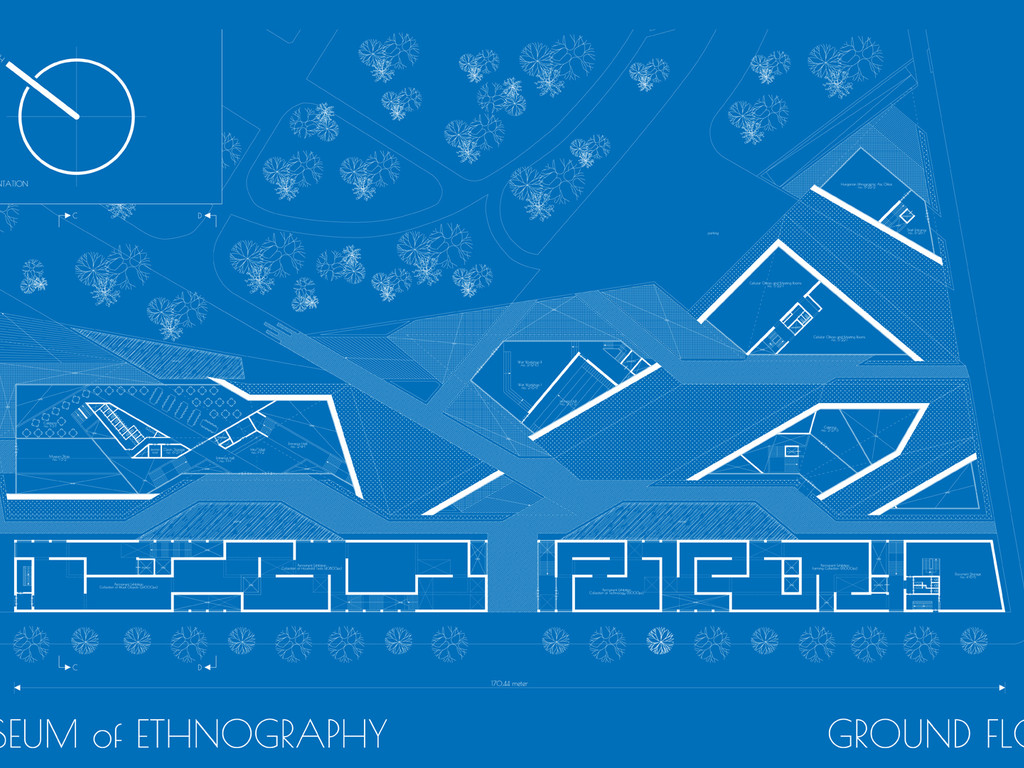 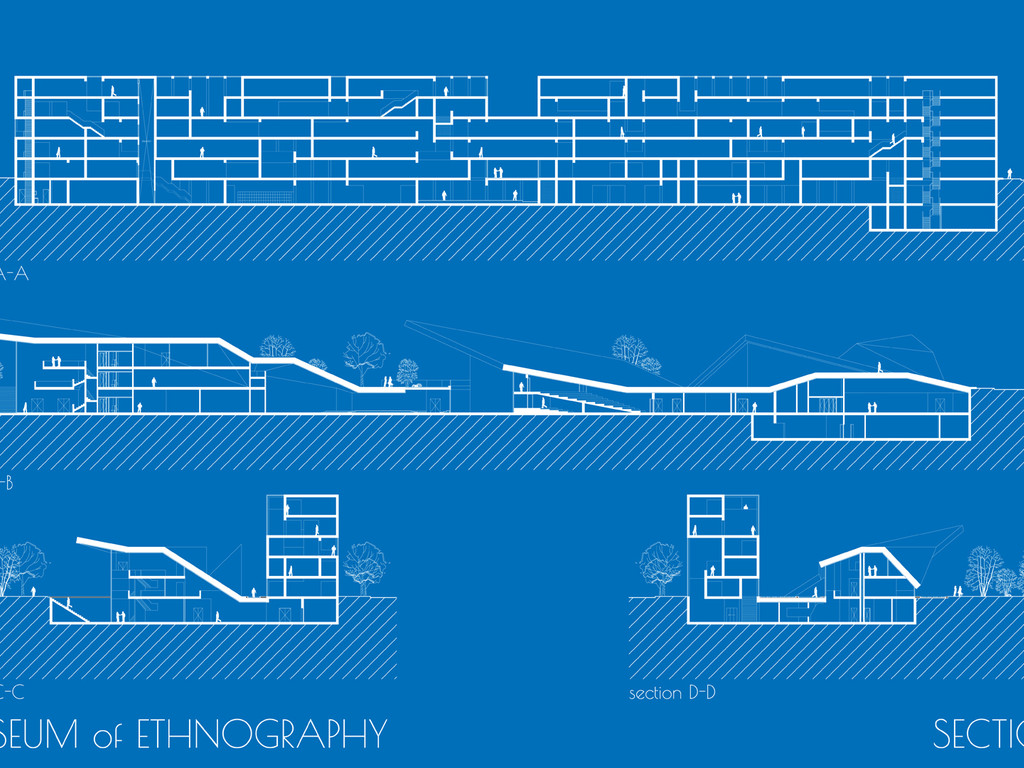 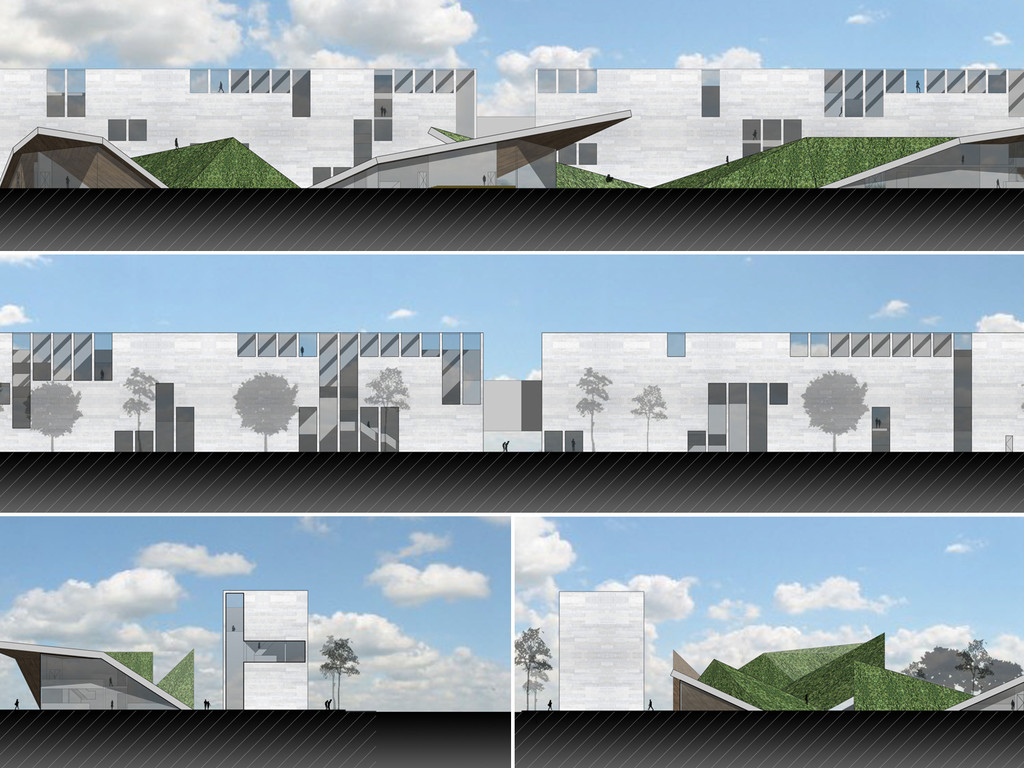